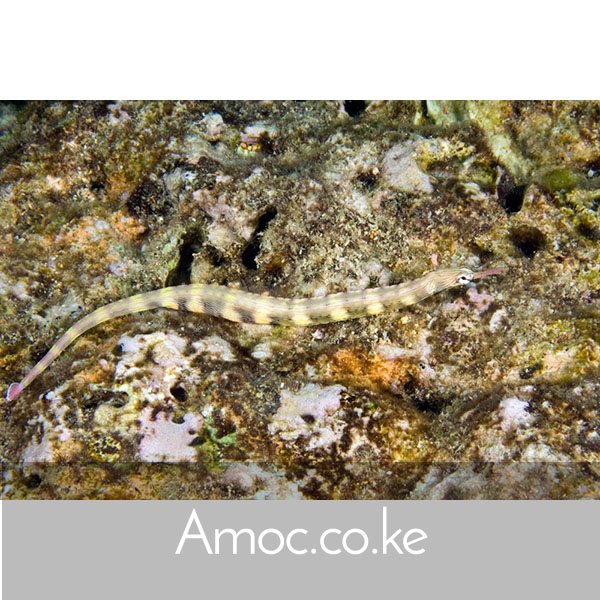 The Dragonface Pipefish is also called the Reeftop Pipefish, Messmate Pipefish, Network Pipefish, and Banded Messmate Pipefish. This fish has a long, slender body with a tiny, tubular mouth and a small pink tail. The body is cream colored with highly variable black, pink, and yellow markings. Each individual has a unique pattern, and some can be very striking and colorful. The South Pacific or Tongan Dragonface Pipefish has been scientifically identified as Corythoichthys haematopterus, and the Western Pacific or Indonesian fish as Corythoichthys intestinalis. Although there are slight differences in markings, these fish look very similar and are oftentimes hard to distinguish from one another. To complicate matters further, some ichthyologists suggest there are over 12 sub-species due to regional variation among these fishes.